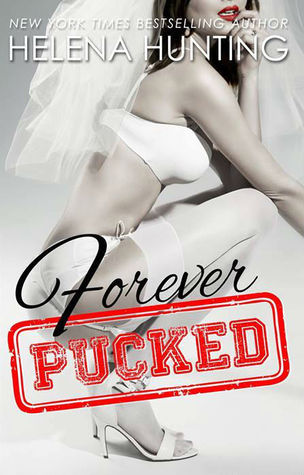 Being engaged to Alex Waters, team captain and the highest paid NHL player in the league, is awesome. How could it not be?

In addition to being an amazing hockey player, he’s an incurable romantic with an XL heart, and an XXL hockey stick in his pants. And he knows how to use it. Incredibly, orgasmically well. Alex is the whole package and more. Literally. Like his package is insane. Total world record holder material.

So it makes complete sense that Violet Hall can’t wait to nail him down to the matrimonial mattress and become Mrs. Violet Waters.

Violet is totally stoked to set a date.

Eventually. At some point. Likely before the next millennium. Or when Violet stops getting hives every time someone brings up the wedding, and their mothers stop colluding on stadium sized venues. Whichever comes first.

For fans of raunchy humor, Violet and Alex are back to fill that void in your reading schedule.  There truly isn’t another couple like them.  Violet with her drooling beaver, and Alex with his Super MC, return and prepare for their forever in wedded bliss.  That is if Violet can calm her hives, and the couples Moms stay out of the way.  Early on, I was worried if Violet would even make it to the altar, but at the blink of an eye, life forces her to get her priorities straight.

Violet is one of those heroines that either annoys you or you can’t help but love.  If you are reading this review or plan to read this book, I’m guessing you love her, just like I do. Similar to other book heroines, she’s got the curves and sex skills to drive her man mad with lust.  But what’s appealing to me, as a female reader, are her flaws.  She has serious issues with dairy, breaks out in hives whenever her wedding is mentioned, and is all over klutzy.  I loved her odd humor, goofy personality and unwavering love for her man and his Super MC.  In addition, she’s not dumb, but actually a smart business woman.  Far from a gold digger.  She wants to make a contribution to the household, even though with Alex’s salary, she could quit and become a Botox spa whore.  All of those factors together are why I love her and her outlandish antics and commentary.

I try, again, to tell my beaver to calm down.  Alex is in no condition for a monster cock ride, but the drooling has already commenced. She’s like Pavlov’s dog; any potential MC contact gets her all excited.

As if you can hardly forget about the Super MC (sorry Alex, it gets top billing) from book one, Violet does a good job of reminding you why it (Super MC) is loved.  I don’t think any author has done a better job than this one of convincing me just how big Alex’s dick is, and I’m fairly certain that he is bigger than any other BBF’s unit.

Alex doesn’t have the kind of package I can jump on without any kind of preparation.  It’s an aberration.  And by aberration, I mean it’s huge.  Like Guinness Book of World Records material.

That’s saying a lot since all BBFs are hung, right?  I love that the author has taken things to the extreme.  It’s fun to laugh at the whole scenario.  We know know that Super MC is in no way allowed near Area 51, LOL.  And then with costumes and bedazzling for genitalia, you can’t help but laugh at them.

The bulk of the story is based on Violet and Alex’s future wedding.  When will it be?  Where will it be?  Will Violet strangle one of the moms?  And while there is the potential for some drama, Violet seems to mature a bit, or as best she can, and steps up to get her forever with Alex.  While the first book in the series was still the funniest, this one has humor, but showed a deeper connection between the goofy couple.

“You make me come every time.  Super MC is my beaver’s soulmate.”

Overall, this was a fun reunion with these likable characters.  Violet proved her love tenfold and Alex finally got what he wanted.  A woman worthy of his last name.

Final note: I’m not sure what the author has planned for the rest of this series, assuming this is not the last book. *side eyes author*  I feel like Lance has to have a book.  But after reading this book, I want, no I need to know more about Charlene and Darren.  I won’t spoil it for you, but they obviously have a very different relationship than the other couples.  It they don’t get a book, maybe this dear author will at least give us a short story/novella, hell I’ll even take one chapter! 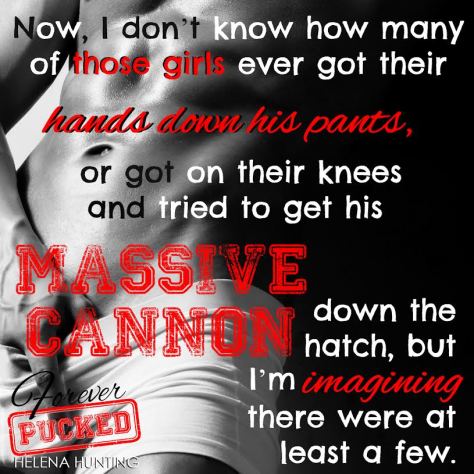 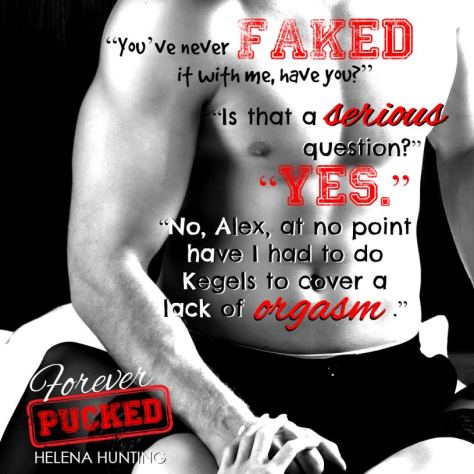 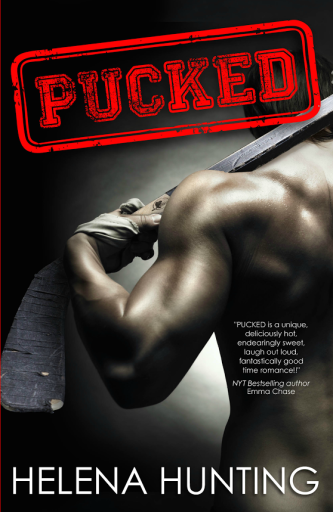 With a famous NHL player for a stepbrother, Violet Hall is well acquainted with the playboy reputation of many a hockey star. So of course she isn’t interested in legendary team captain Alex Waters or his pretty, beat-up face and rock-hard six-pack abs. When Alex inadvertently obliterates Violet’s misapprehension regarding the inferior intellect of hockey players, he becomes much more than just a hot body with the face to match.

Suffering from a complete lapse in judgment, Violet discovers just how good Alex is with the hockey stick in his pants. Violet believes her night of orgasmic magic with Alex is just that: one night. But Alex starts to call. And text. And email and send extravagant—and quirky—gifts. Suddenly, he’s too difficult to ignore, and nearly impossible not to like.

The problem is, the media portrays Alex as a total player, and Violet doesn’t want to be part of the game. 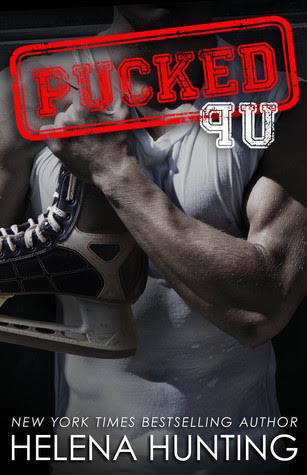 Miller “Buck” Butterson has been banging his way through life ever since a puck to the face fixed his messed up front teeth. After five years in the NHL, deflecting goals on the ice and scoring them with puck bunnies, Miller has decided he’s ready for a girlfriend. A real, non- bunny girlfriend to take on dates, and not jump into bed with after five seconds of conversation.

Miller thinks he’s found that woman in his teammate’s sister. Except, unlike team captain and all-around nice guy Alex Waters—who happens to date his stepsister, Miller’s media reputation as a manwhore is well earned. Beyond that minor detail, Miller doesn’t know the first thing about relationships or the time and effort they require.

Miller learns—eventually—that if he wants to make Sunshine “Sunny” Waters fall for him, he’s going to have to do a whole lot more than show her his stick skills in the bedroom. 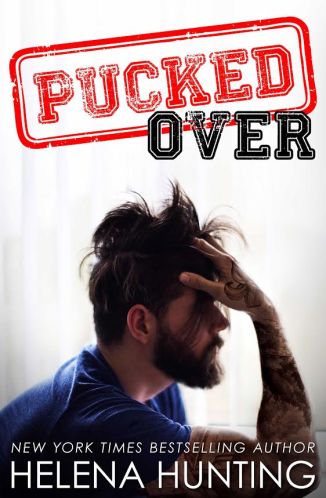 Lily LeBlanc isn’t versed in the art of casual sex, but after seven years in an on-again, off-again relationship, she’s definitely willing to give it a shot. And who better to try it with than her best friend’s boyfriend’s best friend? What could possibly go wrong?

NHL player, Randy Ballistic, lives up to his last name on the ice and in the bedroom. His best friend and teammate has recently given up the puck bunnies and traded them in for a real girlfriend. And she just happens to have a seriously feisty, extra-hot best friend on the rebound.

Randy’s more than happy to be Lily’s spring board back into the dating scene.

But casual sex is only casual until those pesky things called emotions get involved. Once that happens, someone’s bound to get pucked over.