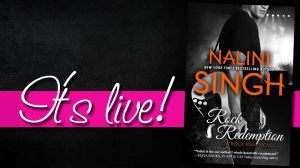 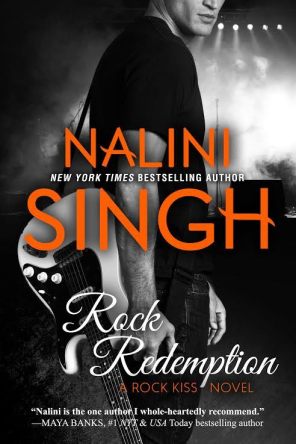 Kit Devigny could have loved rock guitarist Noah St. John. Their friendship burned with the promise of intense passion and searing tenderness…until the night Noah deliberately shattered her heart.

Noah knows he destroyed something precious the night he chose to betray Kit, but he’d rather she hate him than learn his darkest secret. All he has left is his music. It’s his saving grace, but it doesn’t silence the voices that keep him up at night. Chasing oblivion through endless one-night-stands, he earns a few hours’ sleep and his bad boy reputation.

When a media error sees Noah and Kit dubbed the new “it” couple, Kit discovers her chance at the role of a lifetime hinges on riding the media wave. Wanting–needing–to give Kit this, even if he can’t give her everything, Noah agrees to play the adoring boyfriend. Only the illusion is suddenly too real, too painful, too beautiful…and it may be too late for the redemption of Noah St. John. 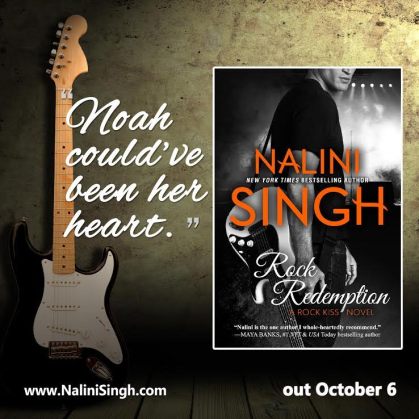 Nalini Singh is a talented writer: When I saw this book come up for review, I jumped on the chance since Ms. Singh has crafted a couple of favorite urban fantasies of mine (the Psy-Changeling and the Guild Hunter series), so I was eager to see what she would do with a straight contemporary. While not what I was expecting necessarily, it is a testament to her writing talent that she took a romance with several things that normally drive me insane (and well, it sort of did) and crafted an engrossing, angsty tale with a hopeful ending.

In the third book of the Rock Kiss series, Noah and Kit have a friendship that at one point, could have been more, before Noah self destructs in a “cruel to be kind” way to Kit. During a particularly dark night for Noah, he reaches out to Kit, which starts them back on the path to romance, while dealing with his emotional distance and Kit’s danger from a stalker.

The ‘verse Ms. Singh has created for Schoolboy Choir and the women who love them is grounded in strong, believable friendships, diverse ethnic backgrounds (always a plus) and an interesting glimpse behind the scenes of a tortured rock band. And tortured they are. The angst….lordy.

Angst to the nth degree: Did I say angsty? Holy frijoles, it was ANGSTY, all caps style. Kit’s emotional starts from jump and doesn’t let up for the majority of the story. I pretty much pictured her sitting there like this for most of it:

Loving a man as damaged as Noah isn’t easy, and while yes, I basically thought Kit had shyte taste in men, there were enough glimpses that I could understand why she couldn’t let go, even if logic dictated that she cut her losses and run.

Noah, the holy hot mess:  This is Noah for approximately 95% of the book:

He could and did drive me a little bit nuts but I still felt badly for him, which shocked me. What he did to deter Kit’s feelings for him made me see red. And that’s the first chapter! I wanted to stomp his ‘nads for deliberate cruelty but I also needed to know why. It was that desire and the glimpses of his self-hate that kept me reading. Noah and Kit’s friendship is bittersweet and I was surprised I got sucked in, because most of the time when stuff like this happens in a romance novel, I would have called it a day and DNF’d it. Which leads me to…

Pacing was an issue: The romance is a a super slow burn. It will make sense in context, but it was a delicate balance, keeping the reader invested in Kit and Noah, while dangling the carrot of knowing what his emotional trauma is. Had the reveal happened sooner though, perhaps I could really believe that he was dealing with that kind of damage enough to have a relationship with Kit. As it is, the story felt a little lopsided (mostly angst, a little healing and then boom HEA). Add to this that the story is told third person past tense for some important passages, and the secondary stalker plot getting only cursory treatment as little snippets recapped for the reader, and I was left wanting a bit more balance to my romance.

Standalone, but not really: While there are plenty of passages to help the reader catch up with earlier books, I still think it probably would have helped to have read them in order. There is alot that is mentioned as having happened in the past between Kit and Noah that I wish I could have seen unfold, as opposed to told about it after the fact. On the bright side, there are tidbits for the next book featuring Abe and his ex Sarah that make me curious as to what derailed their relationship. The angst train will roll on with those two, I bet.

Ultimately, I did like it. Yes, it’s super angsty, at times frustrating and far from a “safe” read, but it’s interesting. Ms. Singh has created a diverse little rock n’ roll world that I’m interested in visiting again…once I catch up with the earlier books.

Kit groaned at the sound of her phone. Reaching out blindly toward the nightstand, she hurled mental curses upon herself for forgetting to turn it off so she could catch some uninterrupted sleep before her four-a.m. makeup call.

It’d be fun and great for her career, her agent had said when recommending Kit take the superhero flick. Coming off two serious and emotionally wrenching projects, Kit had taken Harper’s advice and jumped on board the high-budget, high-octane venture. Unfortunately, Harper had forgotten to mention the four hours it would take to put her into the head-to-toe makeup required for the role. Daily.

“What?” she snarled into the phone without checking to see who it was.

Every cell in her body snapped wide awake. Lifting her eyelids, she just stared at the ceiling through gritty eyes. Her heart thumped, her throat moving convulsively as she swallowed. She hated that he could still do this to her, hated it, but her visceral response to Noah wasn’t something she could stop. She knew because she’d tried for the past two years and three months.

Kit should’ve hung up. God, he’d hurt her. So much. But there was something in his voice that had her sitting up. “Are you drunk?” One thing she knew about Noah: no matter his bad-boy rep, he was never wasted. He might give a good indication of it, but look closely and those dark gray eyes were always sober.

“Probably.” A silence, followed by, “I just wanted to hear your voice. Sorry for waking you.”

“Some dive.” He took a deep breath, released it in a harsh exhale. “I’m sorry for being an asshole. I wanted to tell you that. I don’t want to go without saying that.”

“Noah,” she said, a horrible feeling in her stomach. “Where exactly are you?”

“The Blue Flamingo Inn off Hollywood Boulevard. Far, far, far off.” He laughed, and it held no humor. “It has a neon sign of a blue—surprise!—flamingo that’s flashing right through my window. Looks like someone stole the curtains.”

Having already grabbed her laptop, which she’d left beside the bed after answering some e-mails before sleep claimed her, she found the Blue Flamingo Inn. But Noah was already gone, having said, “I love your voice, Kit,” in an oddly raw tone before hanging up.

He didn’t pick up when she called back.

“Damn it! Damn it!” She shoved aside the blanket under which she’d been buried, having turned the AC to ice-cold as she usually did at night. Shivering, she tugged on a pair of jeans and an old sweatshirt over the panties and tank top in which she’d gone to sleep.

Pulling her black hair into a rough ponytail to keep it out of her eyes, she ran through the house, phone in one pocket, credit card and driver’s license in the other. In the kitchen, she grabbed her keys off the counter and shoved her feet into the tennis shoes by the door that led to the garage.

She wanted to call Molly and Fox, or the others in the band, but no one was currently in the city. Schoolboy Choir had completed the final show in the band’s hugely successful tour just over two weeks earlier. Day after that, they’d all gone their separate ways to recharge and regroup.

“Much as I love these guys,” David had said with a grin that reached the dark gold of his eyes, “I’ve been looking at their ugly mugs daily for months. We need to go blow off some steam separately before we start snarling at each other.”

At the time, Kit had nodded in understanding, having had that same experience while working on location for long periods. Tonight, however, she wished the others were all here, not scattered across the country, because something was very wrong with Noah.

“Noah doesn’t do drugs,” she told herself as she drove as fast as she dared, not wanting to risk getting pulled over and further delayed. “He isn’t the kind to—” She couldn’t say it, couldn’t even think of Noah ending his life. “No,” she said firmly, her hands white-knuckled on the steering wheel. “Noah isn’t like that.”

If you’d like to read the rest of this chapter, as well as the next, click this link: http://nalinisingh.com/books/rock-kiss-series/rock-redemption/ 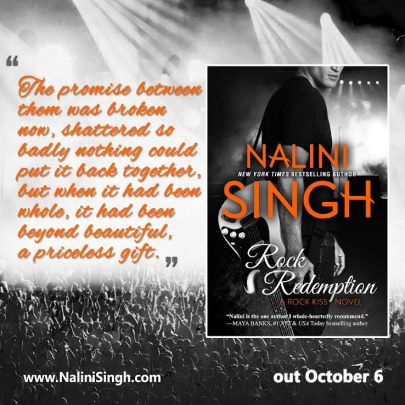 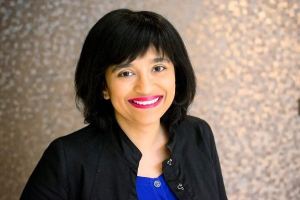 Nalini lives and works in beautiful New Zealand, and is passionate about writing. If you’d like to explore her other books, you can find lots of excerpts on her website. Slave to Sensation is the first book in the Psy-Changeling series, while Angels’ Blood is the first book in the Guild Hunter series. Also, don’t forget to swing by the site to check out the special behind-the-scenes page for the Rock Kiss series, complete with photos of many of the locations used in the books. 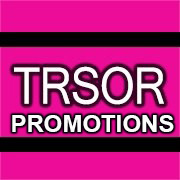