When twenty-four-year-old Felicity Harper is dragged to a sugar party, an event where wealthy men and women seek “companionship,” she never expects this one simple decision to drastically change her whole life.

Her past is nothing but broken dreams and heartache. Her present is detached and dull. And her future? Well, before meeting Theodore Darcy, the famed film director, writer, producer and CEO of Darcy Entertainment, she would have expected more of the same. Love is just a fantasy and she wants no part of it—even if she can’t deny the undeniable attraction between the two of them.

So their arrangement is simple: sex with no strings attracted. But as their intimacy becomes more powerful, so do Felicity’s demons. Can Theo really shoulder her past and his own? And could Felicity even let him?

A book about a Sugar Daddy? Yes please!

I went into this story thinking one thing, and left feeling something else entirely. It almost felt like there were two different books, the first being sexy and sweet at times, and the second being extremely emotional. While I liked both parts, I actually would have liked more of the second and less than the first. Let me see if I can explain.

Told in alternating POVs, we first meet Felicity, and her two friends Cleo and Mark, who drag her to a Sugar Party. Quickly seeing it is not her scene, she hides away in a private rooming and exposes a bit of her past, playing an original piece of the grand piano. And that’s all it takes to catch Theodore “Theo” Darcy’s eye.

His net worth? Thirty-one billion dollars!!!

It was heaven.  I had died, and he was my own personal angel, fucking me right into heaven.

I wavered back and forth on Felicity. I absolutely loved her strength at times. Her verbal bitch slap to Theo’s bitch of an ex, Violet, made me want to do cartwheels.

But her strength was temporary and I was frustrated with how much she pushed Theo away, when it was clear that he was meant for her and would do anything for her.

. . . she thought she had no right to be happy and would do anything possible to keep herself grounded, even though she was meant to fly.

Speaking of Theo, as you can tell above, I kind of loved him. He’s a bit possessive and tries to be aloof, but with his POV, you can truly see how deep he is with Felicity. His faith and trust in her, despite her professional status, showed a special side of him that was endearing. How he reacts to her secret (see below) showed another layer, making him that more lovable.

It’s at 71% that we get a HUGE twist that I didn’t see coming. AT ALL! I’m not even going to hint at what this twist was, but it really changed everything, and explained a lot of things. Just when I was getting adjusted to the twist and the possible ramifications, we get another twist. Which just starts the waterworks. Oh yeah, we get one more twist. Kill me now! Seriously, I didn’t plan to be crying and holding my kindle in a death grip on a Saturday morning! UGH!

As much as my review comes off as whining, I actually loved the emotional weight of the last third of this book. My biggest critique, which is why I rated this like I did, was that so much happened in that short part of the book, and I wanted more. More answers. We get a sweet little epilogue, but it didn’t seem like enough. The ending actually felt very abrupt. I’m fairly certain this is a standalone, but with all of the loose ends that were not tied up (Theo’s parents, Arty’s situation), I would hope we get another book, maybe focusing on Arty, Theo’s brother. I want to know so much more about him. Fingers crossed, the author will deliver.

Reviewer update: Sooooo, a little birdy told me after I posted my review on Goodreads that Arty IS getting a book.  Yesssss!!!  So take my last paragraph lightly.  More to come! 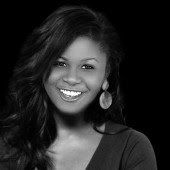 J. J. McAvoy first started working on Ruthless People during a Morality and Ethics lecture her freshman year of college. X number of years later, she is an insomniac who has changed her major three times, and is a master in the art of procrastination. If you ask her why she began writing, she will simply tell you

“They wanted to get their story out.”

She is currently working on her next novel . . . so please bug her on Twitter @JJMcAvoy