Sadie Townsend is known by all as The Ice Princess and she’s worked hard to earn her reputation. Her father, a now-incarcerated Drug Lord, has kept her under his thumb her whole life and she’s learned enough from living in his world to give everyone the cold shoulder. But one inebriated night, she shows the Real Sadie to the undercover agent she knows is investigating her father, the handsome Hector Chavez, and he knows he’ll stop at nothing to have her.

Hector makes one (huge) mistake; he waits for Sadie to come to him. Tragedy strikes and Sadie’s got a choice, she can retreat behind her Ice Fortress or she can embrace the Rock Chick/Hot Bunch World. Guided by Hector, the Rock Chicks, the Hot Bunch and her new gay roommates, Buddy and Ralphie, Sadie negotiates a life out from under her father’s thumb, a life that includes poison, arson and learning how to make s’mores.

Story: 4.5 stars
After reading Stella & Mace’s story, I didn’t think their story could be topped. But this installment of the Rock Chick series came pretty fucking close. OMG, I was a basket of emotion. I cried, or had tears, not 1, not 2, not 3 (you get the point), but 5 times! FIVE!!! Ok, I am emotional person as it is, but you add Sadie’s story and what she went thru, forget about it. I was toast.

Every Rock Chick has been through some trauma, but Sadie goes thru so much. “A will of fucking steel” as Hector said.

And at the mention of Hector, let’s talk about him.
Hector Oh My God Chavez
Hispanic Hottie or Double H

A man of many names.

How do you melt the walls put up by Sadie’s Ice Princess persona? With a Hispanic Hottie, of course. See what I did there?

“You make me feel warm, and I never felt warm in my life.”

I loved everything about Hector! He was the perfect man for Sadie. Patient and protective, yet challenging, and able see thru Sadie’s walls of ice. He knew there was more to her than the persona she used to guard her heart. He slowly drew out the real Sadie, perceptively noticing when her multiple personalities slid into place. And his terms of endearment (mi corazon, mi cielo, etc), sweet baby Jesus! I need my hubby to learn Spanish!

As Hector breaks down Sadie’s walls, she is exposed to a relentless group that have her best interests at heart. Leading the charge was Daisy, with her husband Marcus. I’ve always wanted to learn more about these two. While they have been present in other Rock Chick books, I felt I didn’t know much about them. But we finally get some of their history, and learn Sadie is not alone in terms of certain traumatic events. Sadie and Daisy repairing their friendship was just one of the five times I teared up.

The author described once it in interview what it means to be a Rock Chick. To have another’s back, no matter what. This growing group of ladies may be maddening at times, but the friendship and support they show for one another seems to grow with each book. They are beyond selfless, and protective of their own. The way they bring Sadie into their group, was heartwarming and just what she needed. All her life, Sadie had been used for one reason or another. But she finally found a group that wanted nothing from her but her trust. Add the Hot Brunch of sexy Alpha males to protect this group, and those ice walls of Sadie’s didn’t stand a chance.

Performance: 5 stars
I’m running out of positive things to say about this narrator. I think I’ve fangirled over her in every review, she is that good. Once again she nails the two distinctive voices of this main characters. For Sadie, she sounded like a haughty taughty bitch. And Hector . . .swoon. I thought she captured his Spanish accent perfectly.

As I previously mentioned, this book is very emotional. And this narrator expresses that emotional torment, perfectly. The scene at the gallery exhibit, I was a tissue blowing mess. The narrator should definitely get half the blame for my pathetic state while listening to this story, but at the same time, she helped carry me through those moments, where better things were waiting for Sadie.

Overall: 5 stars
I really enjoyed the highs and lows of the story, as well as the themes of trust, friendship and forgiveness that were prevalent throughout. My heart broke for Sadie. But Hector, the Rock Chicks, the Hot Bunch, and her friends Ralphie and Buddy, were all there to help put her life back together. Every Princess deserves a HEA. It was beautiful to see this one come to fruition.

P.S. – In case you missed my song dedication to Sadie on FB, I thought this song was perfect for her, being a Madonna fan, among other things.

Click on the images below to purchase the previous books in the series: 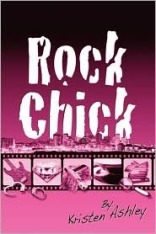 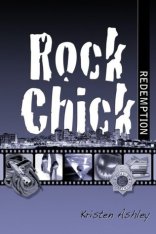